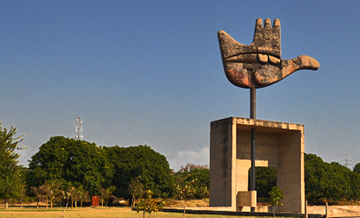 Based in Chandigarh, Technotronics Software Solutions LLP takes pride in providing an entire array of IT services with a fusion of technology and creativity that matches the clients’ business requirements in the most profitable manner.

Technotronics uses some of the latest means of automation to deliver the best to our clients. For automation to reach lofty heights, mastery of a Content Management System (CMS) is of utmost importance for any Web Development Service Provider today. We are no exception to that rule.

A Content Management System lends a unified user interface to the modification of digital content while supporting multiple users working on the same digital content. Content such as this, is more often than not the content of the client’s website. Using a CMS has several benefits including SEO friendly URLs, minimal server footprint, a robust group-based security system and a full template engine which offers a plethora of look and feel, without having to touch a single line of code. Multi-lingual support is also present, enabling internationalization of websites with the utmost of ease. Another striking feature of a CMS is the ease with which one may upload new documents or modify existing ones, via the Integrated file manager.

The Drupal Content Management System is one that we swear by. Drupal Content Management System is an open source software package whose core system allows users to easily publish, manage and organise various content types throughout their website. The Drupal CMS is as well ¬known for its community as it is for its ease of enhancement. This is because Drupal CMS was designed for community ¬based websites, and has a strong user role and access control functionality. There is an unlimited number of user roles and access levels that can be demanded and we can customize them for our clients.

Our development team is dexterous in both Drupal Core and commonly used contributed modules. Drupal Development services offer to give concrete shape to creative and inventive ideas. These can include collaborating and embedding two or more programming languages as well as combining the features in one website. Drupal Website Development can include a number of APIs such as YouTube API, Google API, and Facebook API and likewise for your custom-built Drupal website. Working with such APIs lends the ability to embed functionality such as Google Maps, Youtube Videos and social networking features such as Facebook share and Twitter feeds. Our team is adept at blending these APIs into a unique solution offering, which is highly customizable according to client needs.

Websites these days are no stranger to advertisements. A number of our clients generate significant revenue from their websites using ads. We help them attain such goals. The rich advertisement modules present in the Drupal ecosystem makes that task possible. Not only do such modules support the display of a variety of textual and graphic (banner) ads in an equal variety of themes, but they also support the tracking of ad clicks. Such tracking culminates into a time-based graphical reporting service which can be of tremendous value to businesses. Further ads can be assigned to multiple owners, each with their own set of permissions. Extensible caching support of ads is also present to preserve an ad-laden website’s performance.

We also pride ourselves in our extensive expertise in the PHP arena. This facet in our crown syncs extremely well with our knowhow of Drupal. PHP is one of the most highly used programming languages in the Web. An ideal fit for server-side web application development, PHP is one of the languages of utmost importance to Web development providers such as us.

PHP is fundamentally an Internet-aware system with built-in modules for accessing File Transfer Protocol (FTP) servers and many database servers, including PostgreSQL, MySQL, Microsoft SQL Server and SQLite (which is an embedded database), LDAP servers, and others. Integration with cloud services such as Amazon Web Services and Windows Azure is also made possible through various ubiquitous PHP SDKs. We enable our clients to choose a deployment solution that matches their needs. Specific RDMBS selection along with the choice of LDAP server and cloud provider is extensively supported. Our breadth in this field makes this possible.

The maturity of a programming language and its usability can often be judged by its tooling support and most importantly, by the richness of available frameworks. On the same vein, as a Web Development Service Provider adroitness in the above is expected. We live up to that expectation with our knowledge in Rapid Application Development (RAD) frameworks such as Yii2, CakePHP, CodeIgniter, Laravel and Zend.

Following Web 2.0 principles, the Yii framework is designed with performance and a significant reduction in development in mind. With powerful caching support coupled with an efficient interface into AJAX, websites designed with Yii are incredibly performant. Also, they are no less secure. With out-of-the-box security features such as input validation, output filtering, SQL injection and Cross-site scripting prevention, Yii is simply a powerhouse.
Like Yii, CakePHP proffers a similar solution. Inspired by the hugely successful Ruby on Rails framwork, it provides a powerful database access layer and powerful and well-defined MVC support. Its build system is no less impressive, enabling rapid prototyping with code generation and scaffolding features.

With its exceptionally small footprint CodeIgniter is not far behind the competition. Nearly zero configuration and broad compatibility with various versions and configurations of PHP, makes it a shrewd framework choice.
Laravel is another sought-after framework out there. An impressive bundle-based packaging system, robust ORM support, auto-pagination, database seeding with a more than impressive template engine provides the ingredients to bake the perfect web application.

We are also cognizant of the Zend framework. It supports a wide variety of databases and is built on the principles of a use-at-will architecture which enables loosely-coupled components with minimal interdependencies, a vital facet of extensible development.

With the client requirements in mind, we choose the perfect blend of CMS and PHP framework to bake the perfect web application in the shortest turnaround time out there.